I dunno why recently, finally I have some free time to enjoy watching anime again haha. Lately too much watching Korean drama. Anyway I like to watch anime since elementary school, till now I still enjoy watching anime and wanna start to collect manga too ( I dont remember where I put my old manga collection, maybe my mom threw them away T.T ).

Some of my friends think that I love Korean more than Japanese stuffs , since they know that I'm watching K-drama too much and often buying and using Korean product ( I use some Japan makeup brand too actually but not many >3< ). But actually I'm more into Japanese instead of Korean things XD haha.

I often to go to Japanese Festival at my town, its such a small fest that is usually held by some high schools. So I never expect too much when coming to this such event, but coming to event that had the same interest is really fun ^^. I really enjoy everything there, from the foods and the people who cosplay some anime characters. Sometime I think that I wanna cosplay too but ohh well am I too old and I'm not that cute to do that haha XD I'm kinda jealous when looking at people look cute and awesome when  cosplaying.

So I decide to make a cosplay project for me, I wanna try with the simple one first. So I just to make Umaru Chan cosplay from Himouto! Umaru chan ^^ Some of you must already know this cute character ^^. There are so many versions for cosplaying as Umaru Chan, all of them are so cute and hard to get hhaha. Anyway I wont join some cosplay competition, I just do this purely for fun and collection XD haha

This is the cutest version of Umaru XD. She always acts lazy ,eat junk food and drink cola at home  XD She obsesses with video games, watching anime and reading comic all the time till morning comes XD. It always make me laugh a lot everytime she throws a tantrum to her onii-chan. haha. This is the simplest character to make, I just need a long-sleeve t-shirt, red pants and hamsters cloak. This is also simple to cosplay this version. This version is so kawaii >3< and the most expensive to make or to buy the kimono. I really wanna cosplay this >///< 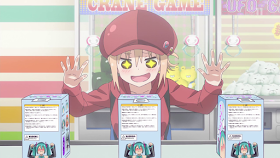 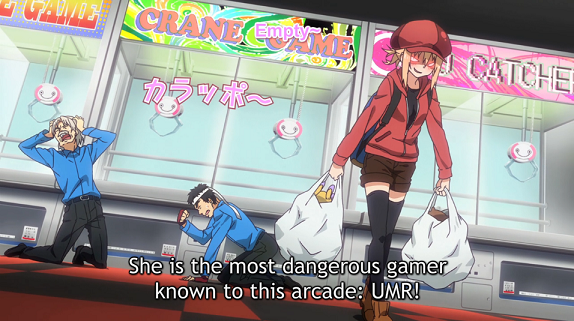 Umaru wear this costume every time she goes to Game arcade, She is known as UMR.

I want try one of them, the simple one. Actually I really want the kimono version XD but its really expensive. The only way is to make my own kimono haha. But the important/ base thing is choose the perfect wig fo Umaru's cosplay. So far I've already placed an order for the wig and the hamster cloak. I wish I can make it >3< haha.