everyone today just a random post again hehe, I just wanna share my though, recently I really feel so stress and frustrated. I feel like I wanna go somewhere far away, where anyone cant find me. My work , my family, my blah blah blah, really make me going nut. I even cant express my own feeling, arrrggghhh. What should I do, I even cant breath and think clearly. All I have is just bad feeling and bad thinking. I just stay in my room all the night, thinking whats wrong with me. Texting with friends make me better a little bit, but I feel still empty and frustrated. Have you ever felt like what I felt? What do you usually do to release your stress?
I will just listen to my favorite songs loudly, so that I cant hear other sounds. Watching some dramas also make me forget my problems for a while.

Here are some recommended K-drama that I watch recently. These both drama are still airing in Korea.

Sensory Couple ( The Girl Who Can See Smell )

I love this drama, I dunno why that I always love all Yoochun's dramas since Im not his big fan haha. This drama is about a girl, Oh Cho Rim / Choi Eun Seol (Shin Se Kyung) who has ability to see smell after witnessing their parents murdered ( Bar Code Murder Case) . She get into an accident and coma, fortunately she can survive and gain the ability to see smell but since then she had an amnesia. She meets with detective Choi Moo Gak ( YooChun ) who also lost their from the same case, because his sister had the same name with Choi Eun Seol, the murder killed his sister.

I've never watched other School series, but I really curious with this one. After watching 8 episodes, I like this drama, Who Are You: School 2015 is such a good drama. It does relate to high school with issues such as bullying, friends, family, pressure, etc.

Lee Eun Bi (Kim So Hyun) lives at the orphanage Love’s House in Tongyeong, where younger residents look up to her as a mother figure. They don’t know that she’s friendless at her school and viciously bullied by a posse of mean girls led by Kang So Young (Jo Soo Hyang), while teachers turn a blind eye.
On the other hand, Go Eun Byul (Kim So Hyun) is the most popular girl at Segang High School, the most prestigious private high school in Seoul’s Gangnam District. Eun Byul’s best friends are Cha Song Joo (Kim Hee Jung) and Lee Shi Jin (Lee Cho Hee), and she shares a mutual attraction with Han Yi Ahn (Nam Joo Hyuk), the school’s star swimmer. But Eun Byul has secrets, including one involving a girl named Jung Soo In.
Eun Bi and Eun Byul look exactly alike, but only Eun Byul is aware of the other’s existence.
One day, on a school field trip to Tongyeong, Eun Byul mysteriously disappears. At the same time, Eun Bi gets unjustly expelled from her school and transfers to Segang. The injured and amnesiac Eun Bi is mistaken for her doppelgänger Eun Byul, and she starts living the latter’s charmed life, unaware of the secrets Segang holds. (Source)

, today I just wanna talk some random things. Bad effect from watching so many Korean dramas, haha I miss being loved haha. I wanna meet my Mr. Right T.T haha such a pity. I always feel envy whenever I see couple in a drama or in real life. But Im sure I will met him soon haha. Anyway what did usually couple do? Celebrating anniversary, dating, and have some couple-y stuffs. What I really excited about is couple-y stuffs, it means to show the world that he is mine only mine. Other girls pls stay away !!!! People will think " oh they are must be a couple"  if they see couple wear couple-y stuffs in public. Honestly I did it, I ever wore couple tees and shoes with my ex. Actually it was really embarrassed but I did feel proud to show people, hey we are couple. hahah. So, if I've found my man I would definitely buy or do some couple-y stuffs.

Rather than a couple tees, I prefer to choose couple shirt. It will look better and more elegant. I dont wanna look childish by wearing couple tees. Nowdays so many store or online shop sold couple outfit . 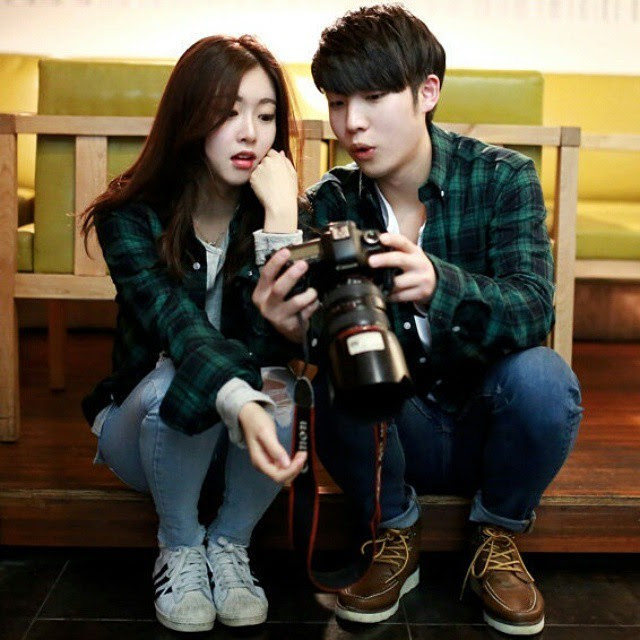 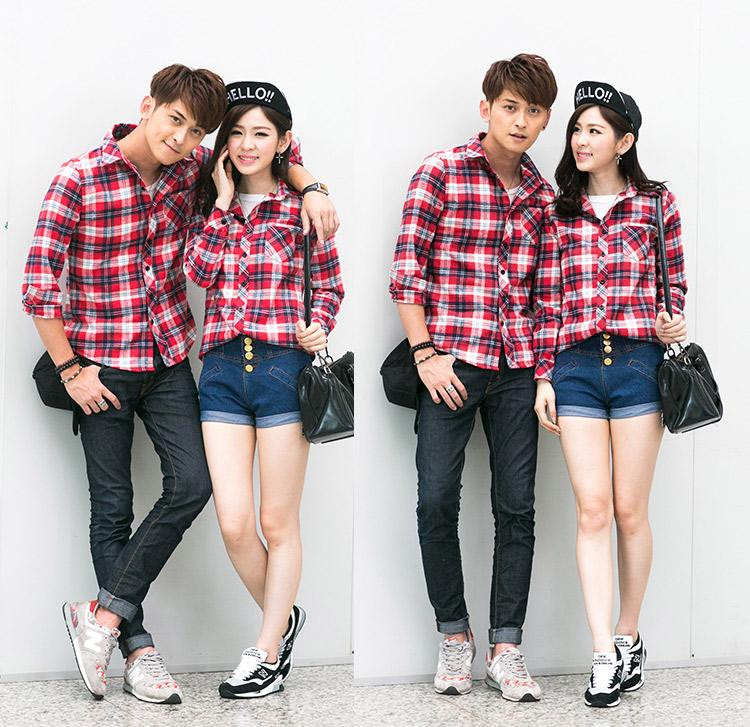 Haha I dunno why, but its just cute to have it. I need couple mug , the cute one. 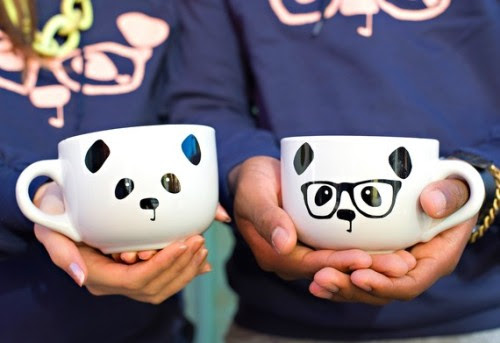 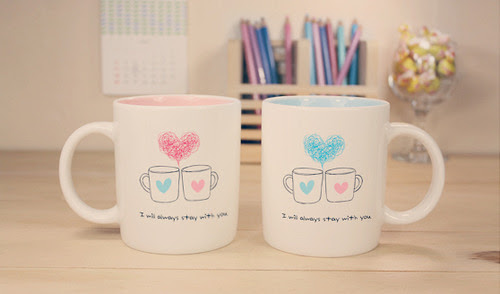 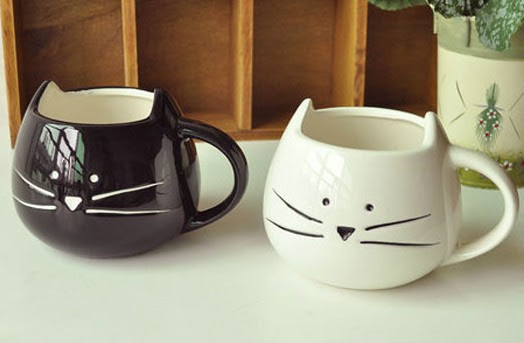 Today we can see so many people wearing couple ring, that look so sweet, also it means that the relationship that the couple has is deeper. 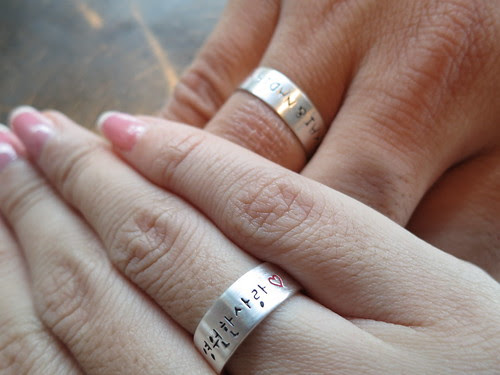 A couple-y stuffs are not only about the same things that couple share together. Favorite place, song or movie can be couple-y stuffs also. It will be so nice if we can watching movie or listening favorite song with couple. Spending time in favorite place to create some beautiful memories also sound good. Going on vacation to some beautiful places with couple, ah I wanna go to the beach the most ^^

Note: all the pictures above are not mine, ^^ 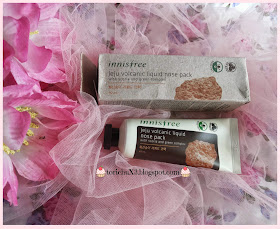 I wanna review Innisfree product today. It’s from Jeju volcanic line: the liquid nose pack. Yeah my other big problem is black head and white head XD. At first I was confused which product I will choose, so after some blog-walking I decided to give Innisfree  Jeju Volcanic Liquid Nose Pack a try. I’ve read some good review from some bloggers.

But I had bad experience when purchasing this from local online shop. If you wanna read about my bad experience you can read here. I made it separated on another post. 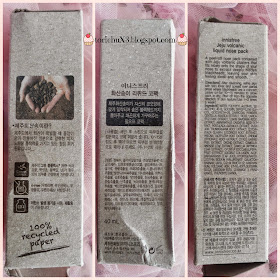 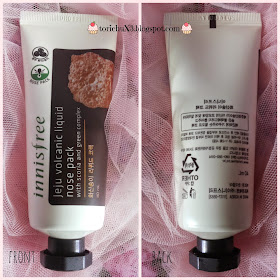 It comes in a plastic tube , so it’s hygienic enough for me. The amount is 40 ml, not too small nor too big, just enough, so its travel friendly. 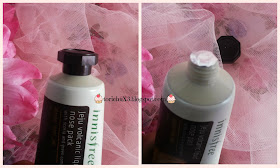 This product is liquid nose pack type, the color is black and sticky. The consistency is really tick and sticky, when it completely dries, we can peel it of easily. It doesn’t like other peel-off nose pack. It doesn’t hurt at all when I peeled it of. It has strong scent, I dont know what scent it is but I'm quite familiar with this scent. I dont like the scent, coz its really strong when applying on my nose. Its make me dizzy a little. haha but the scent disappear after few minutes. Its really cooling when applying on my nose. 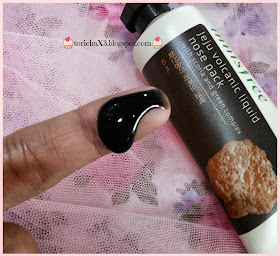 I put small amount on my finger then spread the liquid on my nose. Its hard to make thick and even layer cause the formula is too sticky. So its end up with uneven layer haha.  Wait for 10-15 minutes or until the nose pack dry. 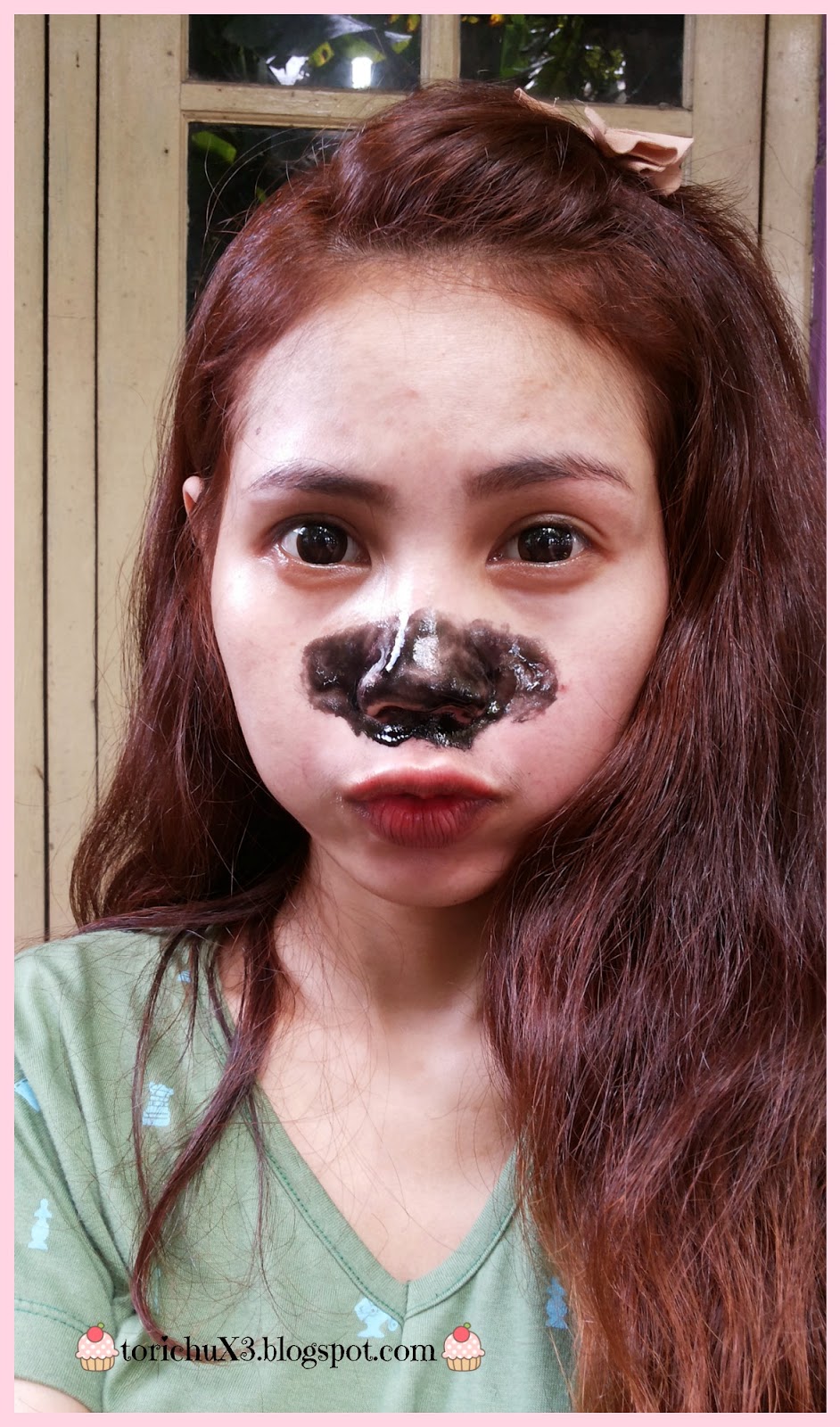 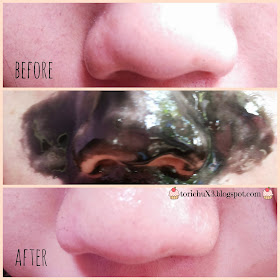 It was not as great as people reviewed on their blog. It didn’t do well at removing the blackhead.  I cant see much result in reducing my blackhead, but it does great job in removing my whitehead. However it leaves my nose clean and smooth after using this nose pack.

it leaves my nose clean and soft

Repurchased? No, I wanna try other product.