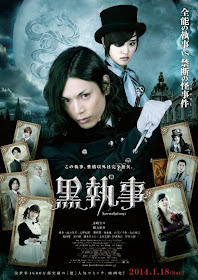 , today I post about Japanese movie again, but this is not romantic movie haha. This is an action, fantasy movie based on comic and anime Kuroshitsuji. I've never read the comic and already watched the first chapter of the anime series. So at first I was a little bit confused, should I watch this or not. hahah. I dunno this is good movie or not. I don't really know about the story, it made me curious wanna watch until the end. But after watched this movie, wow this movie is really cool, awesome XD I like it. Make me wanna continue to watch the anime series.

Set in the year 2020, Shiori Genpo (Ayame Gouriki) runs the large corporation Funtom. Shiori is also a descendant is a descendant of prestigious noble family Phantomhive of England. As a descendant of the noble family Phantomhive, Shiori solves difficult cases which are ordered by the queen.
In order to take revenge, Shiori makes a deal with Butler Sebastian (Hiro Mizushima). Their deal involves Butler Sebastian protecting Ciel until her revenge is fulfilled and then Sebastian will consume Shiori's spirit.
( source: here )

You can watch this online on gooddrama.net 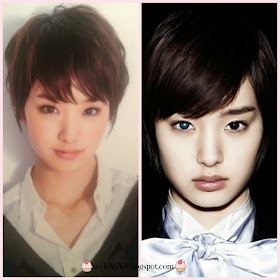 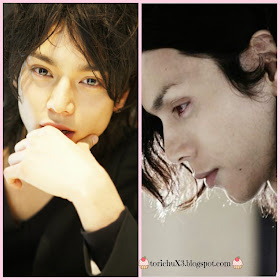 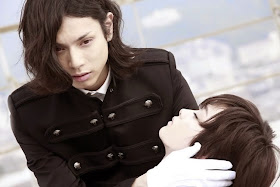 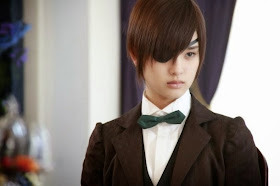 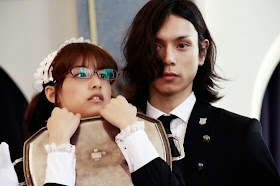 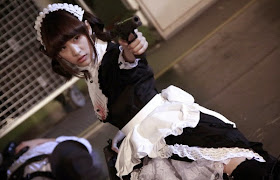 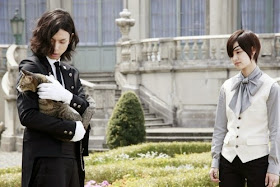